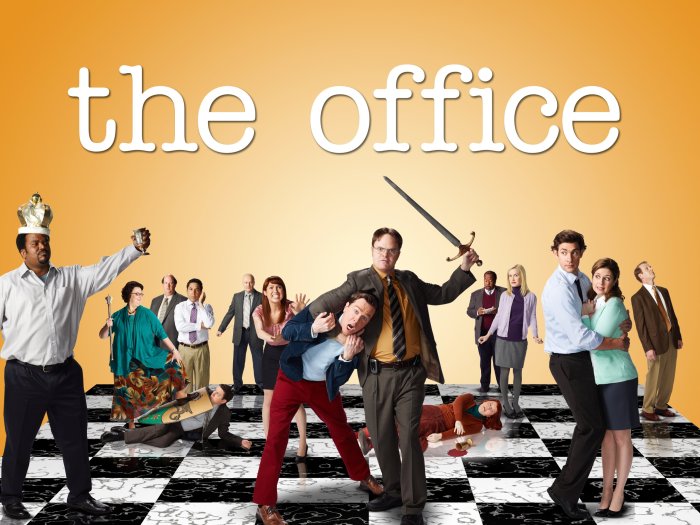 The Office is a comedy show located in Scranton Pennsylvania in a paper company named Dunder Mifflin. The lives of the workers are being caught on camera by a camera crew for a documentary. The cameras follow the workers around and capture all the hilarious and crazy things they do. The branch is run by regional manager Michael Scott who isn’t so bright. At first the worker find him annoying because of his racist and offensive comments, but later on they learn that he is a good person.

Jim and Dwight are some of the main characters along with Michael. Dwight is the top sales man in the office and has the most respect towards Michael. He admires him and aspires to be like him. Jim loves messing with Dwight and making his life difficult by always pranking him. Pam is also one of the main characters in the office. She is a receptionist who was engaged for three years to a warehouse worker named Roy. Jim has had a crush on Pam ever since she started working in Dunder Mifflin. He never told her how he felt until one night when he decided to confess his feelings because he was leaving to work at another office. Now that Pam knows she is confused and doesn’t know what to do since she is engaged to Roy. What will she decide to do now that she knows how Jim feels?

View all posts by Alexa Figueroa